Back to all posts

The Heart of a Rez Band 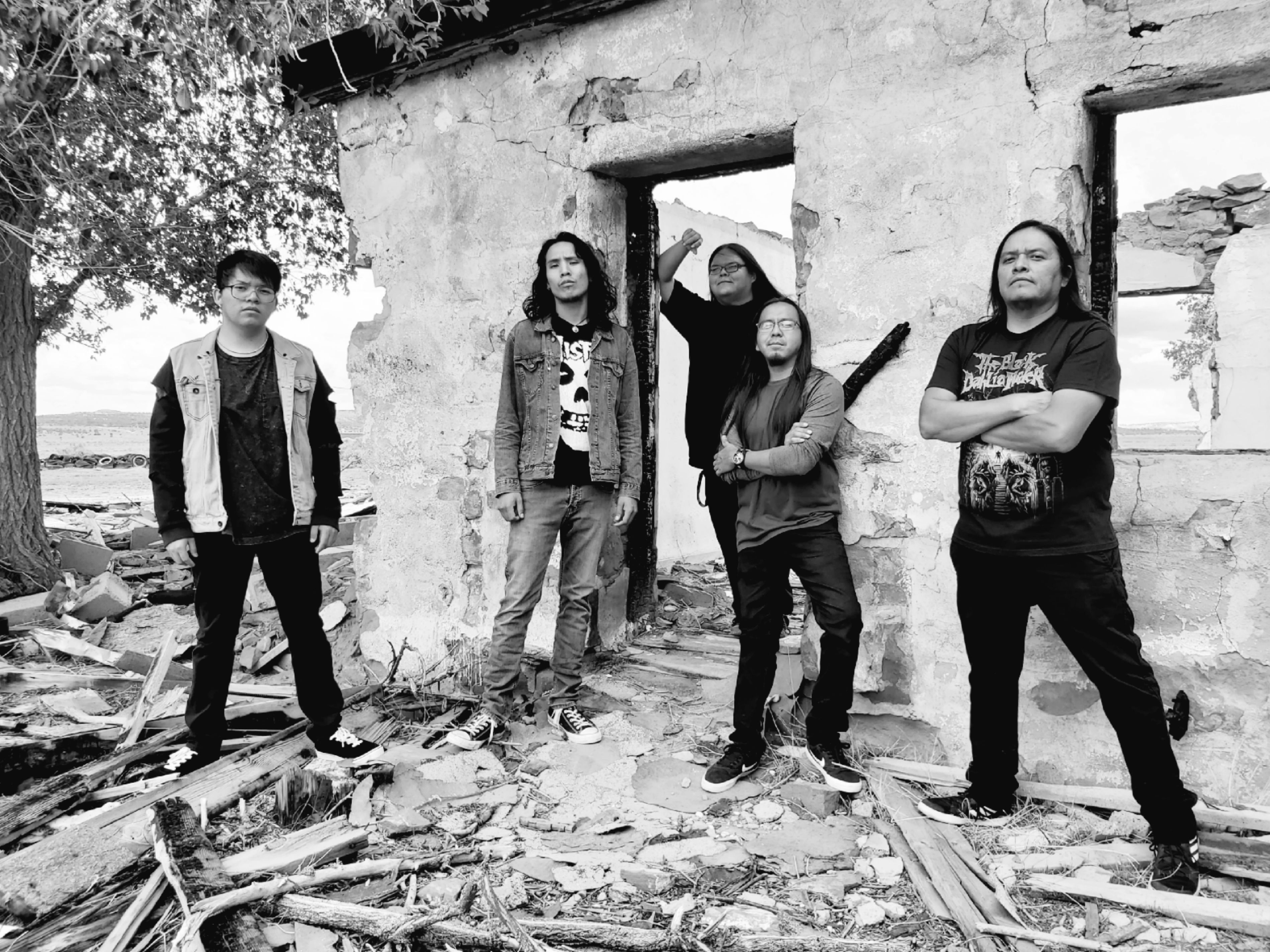 "As an incubator of musicians and other creatives, northern Arizona has seen it all. Prolific hip-hop projects, danceable jazz fusion, classic rock cover bands and bluegrass make up the familiar soundtrack of Flagstaff’s downtown patios, but it’s the sounds of metal that reign throughout the Navajo Nation to the northeast of town.

Alchemy, a metal band based out of Pinon, Arizona, stands out among the crowd as a result of their dedication to high energy performances. The band was founded in 2017 by drummer Chase Zah and is rounded out by his dad, Bronson Yazzie, on guitar along with bassist Dennis Mike Jr., guitarist Ryan Yazzie and vocalist Malcolm “Maui” Katoney.

Katoney said he draws a lot of influence from Jim Morrison of the Doors when it comes to leaving a lasting impression. He recalled some of the local shows he would attend as a high schooler where the stage presence of some groups left much to be desired.

“I'm paying 10 bucks, I want to see a show, but those guys would be on stage and they’d be like animatronics from f------ Chuck E. Cheese,” he said with a laugh. “I always thought it would be cool to see somebody just jumping up and down, you know, using the stage. That’s what really makes me feel good about performing and being a front man.”

When it came to recording their self-titled debut, the band wanted to translate the energy of their live shows into a format that would live beyond those performances. They embraced the do-it-yourself ethos to record multiple takes at Zah’s house, eventually capturing something that they felt was representative enough of the band during those first years."

Special thanks to MacKenzie Chase and Bree Burkitt for the opportunity to to do this interview and hear our story. Also a very special shoutout to our roadie, Cameron Wayne Yazzie for the photos he took of us this past summer!